I bought a little GL.iNet router and flashed it with a fresh OpenWRT image but I've been unable to do anything with it yet since it was unable to connect to the net via my apartment's ethernet connection. After some diagnostics I managed to find out that I needed to find the PPPoE username/password my working router used to connect, which was where my weird adventure began.

My landlord or previous tenant had (smartly) changed the default password - admin/admin - so I wasn't able to use the web interface or SSH. I realised there was likely some Serial headers on the board I could use, so I dug out the schematics, cracked open my router and hoped to god that there was no login required, so that I could retrieve the settings from /etc/chap-secrets where I think they reside. 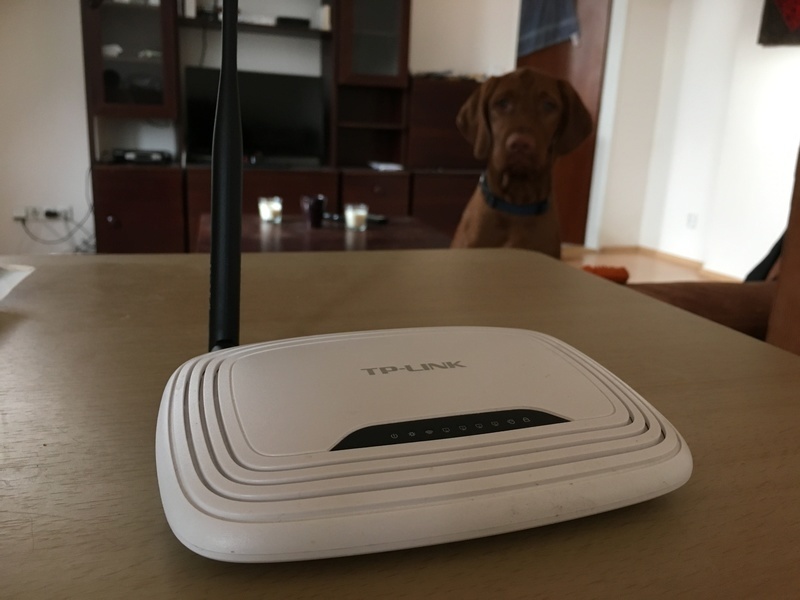 My router is a TP-Link WR741ND v4, a router that sadly doesn't already have serial pins which meant I needed to do a little soldering. 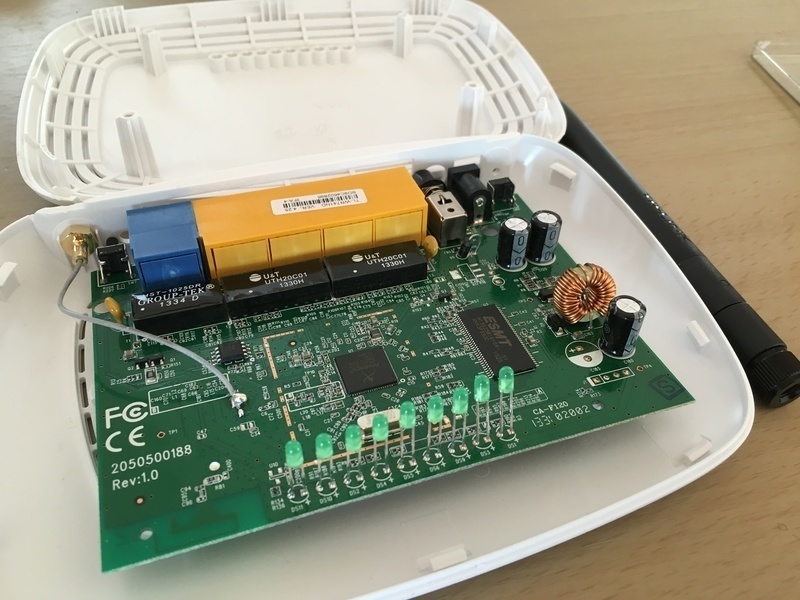 Two things need soldering, first is the connection between TX header and the onboard MIPS cpu as it's left open on this version of the router: 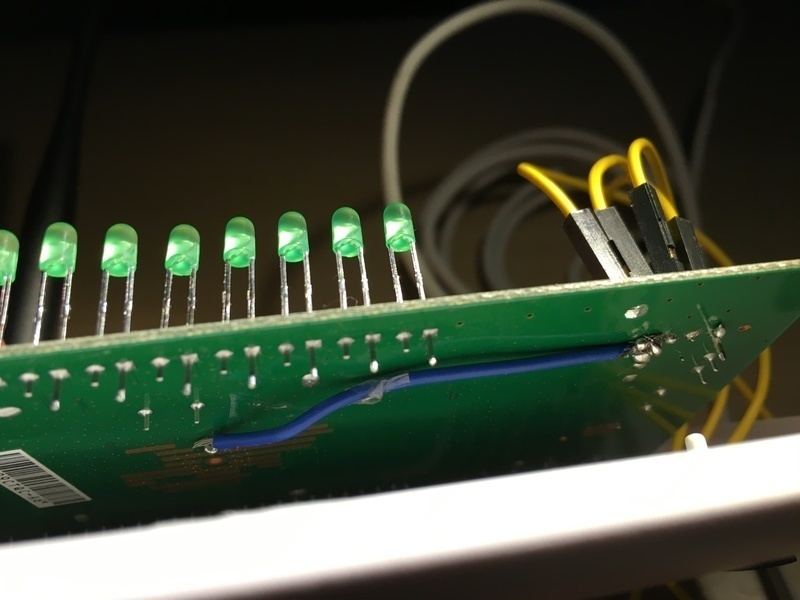 Once this was done I just needed to connect some cables to the TX, RX and GND headers (I also connected up VCC in case I ever needed it in future): 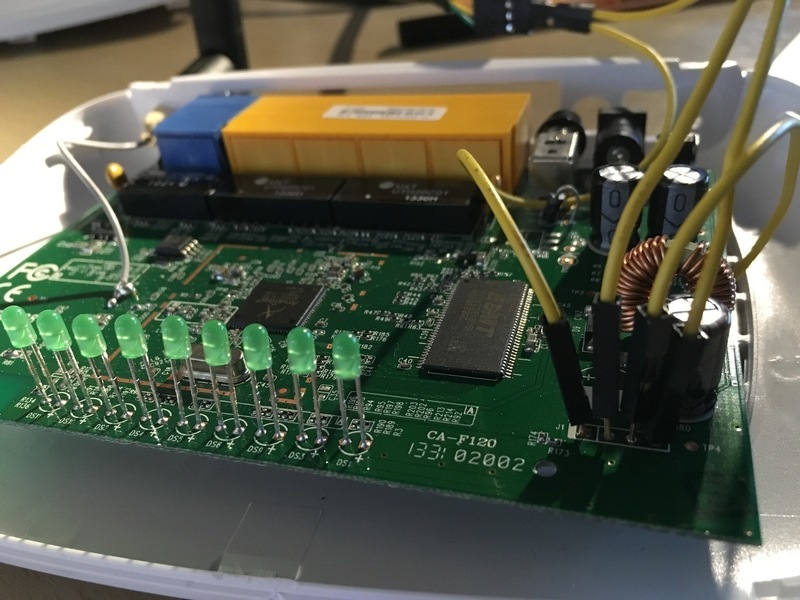 Once these were sorted I was able to hook up my USB-TTL cable, open up terminal and crosss my fingers to see a very reassuring Linux boot in progress... 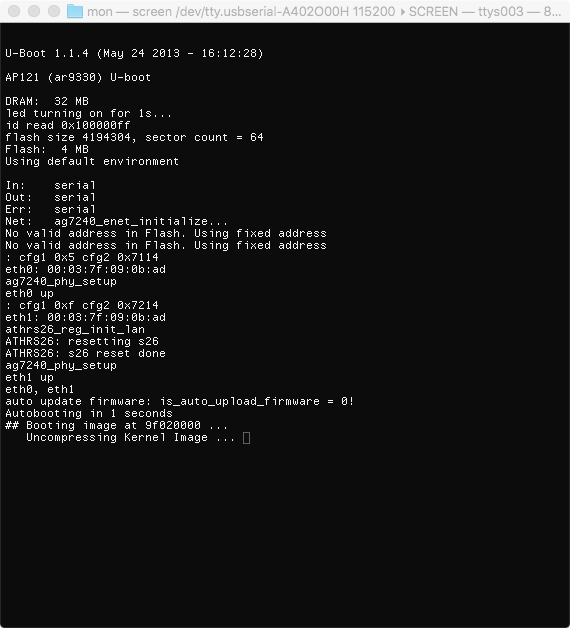 ... followed swiftly by a login prompt! 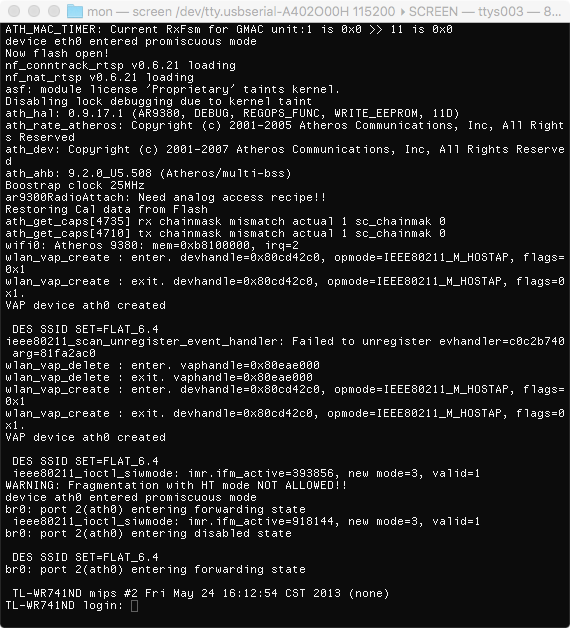 I genuinely hoped that serial access would not be password protected, but it seems that I need to regroup and figure out how I can maybe retrieve the pppoe information some other way. 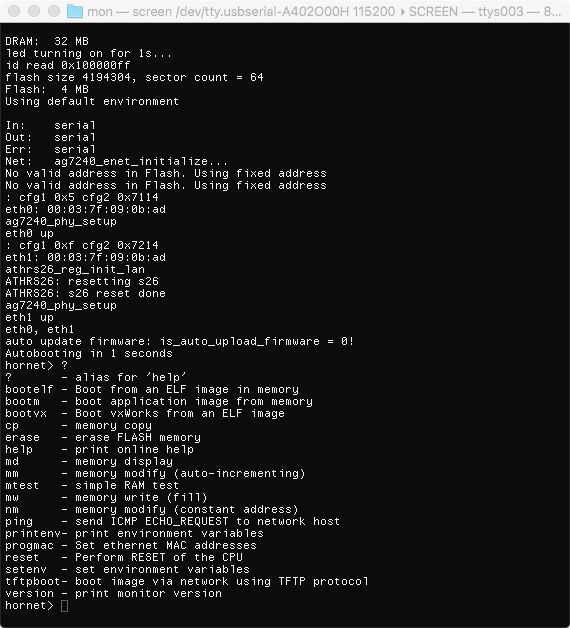 So it's possible that either:

The final alternative is to brute force the username (probably still admin) and password, which is a little inelegant and slow.