I've been learning Czech on and off for the last few years, but now and again I discover that there are some basic things that I never quite learned properly. The most recent of these was my ability to tell the time. When I wanted to learn this properly I found that there are very few places that teach this at the level I wanted - they were either too simplistic, misleading or written in a way that is much too hard to quickly digest. I ended up writing the below for myself and for anyone else who wants to learn.

To simplify each explanation I'm assuming you're familiar with the following:

Additionally plurals behave kinda funny in Czech. My friends and I all first learned this when counting beer so I'm gonna use "beer plurals" as shorthand for the following behaviour when you have ...

Firstly in case you want to just quickly reference, here's a table that demonstrates most of the cases:

If it's exactly H o'clock, we say something like "it is H hours". The word for "hours" is "hodina" and this is the first example of the beer plurals I described above. There are only 12 possibilities here so it's not too hard to just memorise the below: 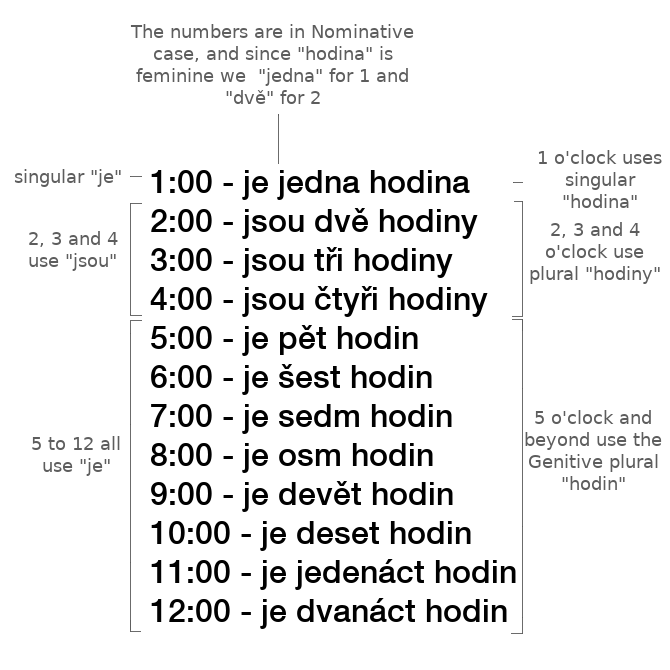 Times that in English are exactly half past an hour in Czech are said to be a half of the next hour, so instead of "half past one" we say something like "a half of two". There's a minor complication - the hour is given in the genitive singular feminine. They behave like adjectives because ultimately they are adjectives modifying the noun "hodina". So je půl jedné means "it is half of the first (hour)"

Again there are only 12 combinations so if my description doesn't make much sense you can just memorise the below without too much trouble: 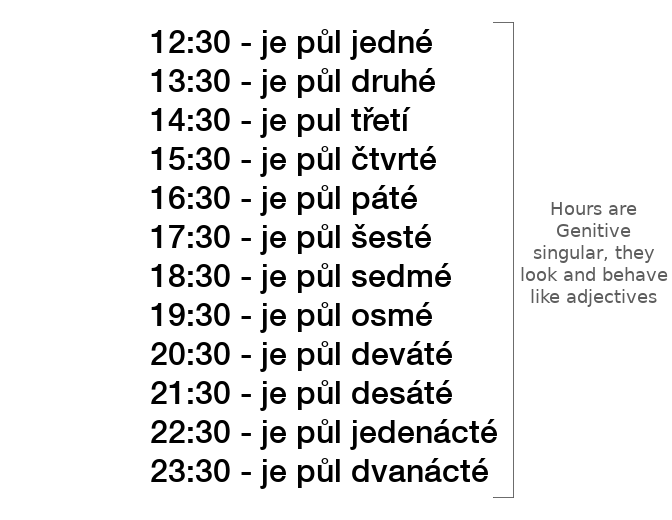 Minutes After The Hour

If we have a time up to half past the hour, we write it really similar to the English - so 1:10 is "je jedna minuta po jedné". It's tricky: 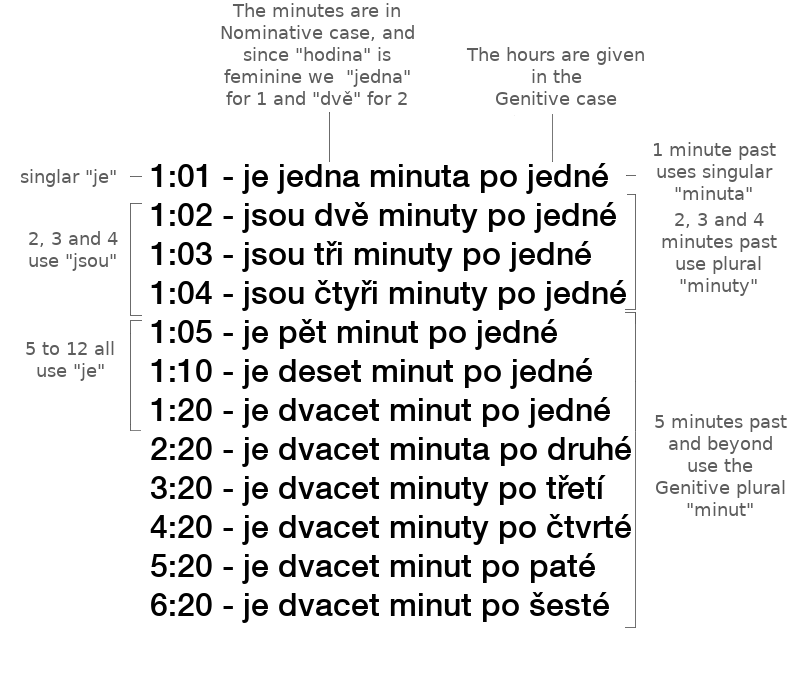 Minutes Before The Hour

Finally for minutes before an hour, we write something like "in M minutes it is H o'clock" - so 1:50 this is "je za deset minut dve". Again we have the "beer plural" for minut - minuta, minuty, minut. 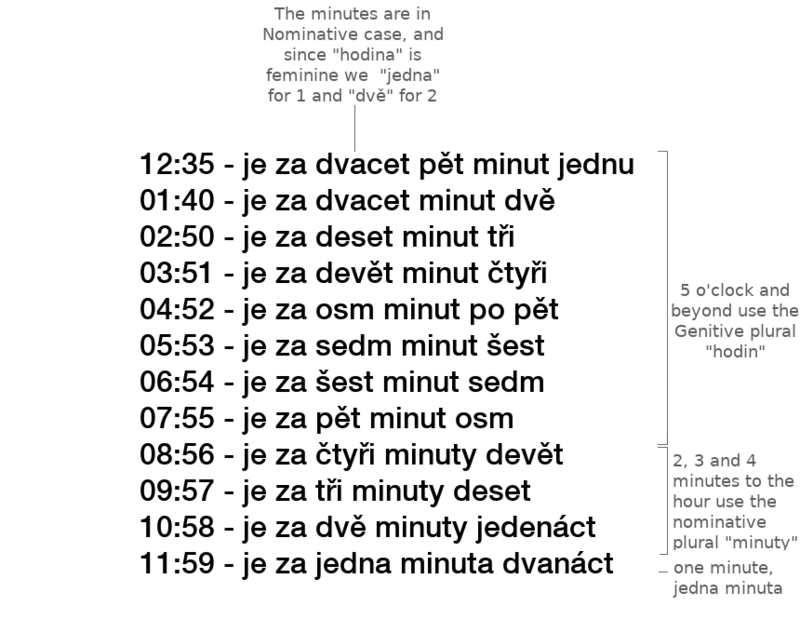 When reading from a watch, computer of phone it seems many Czechs will just say the hour and limit component separately. For example the other day when we were leaving the Maximus spa my girlfriend asked the lady at the counter what time the shuttle bus to the nearest tram stop left, she pulled up a schedule and said “šestnáct dvacet” - 16:20.

The only quirk is 1-9 minutes past the hour where you say the minutes with a leading nula - so 16:05 would be šestnáct nula pět. 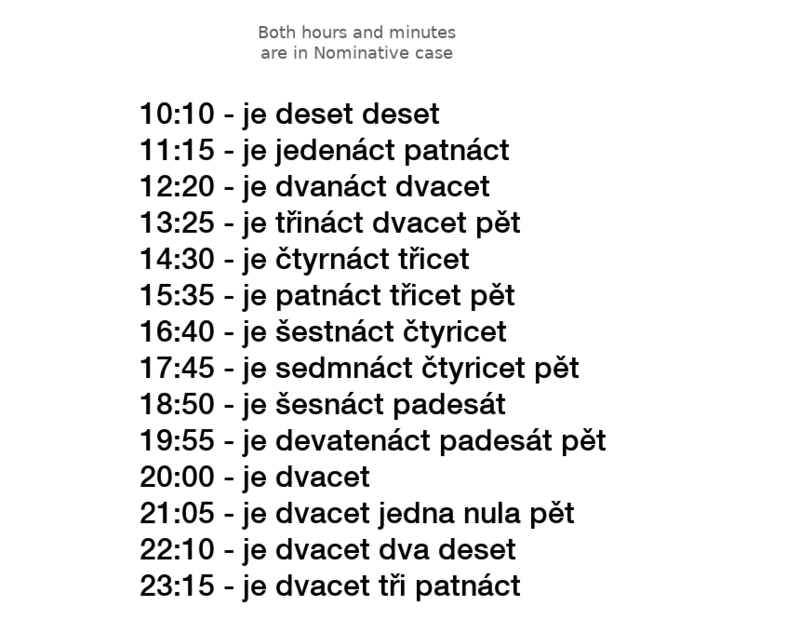