It's easy to lose track of achievements and get bogged down in stress in the short term so at the end of the year I like to look back at what I've done and think about what I liked or what went well.

First off not a huge one but when I replaced my ailing MacBook Air with a Thinkpad X250 I moved to using Linux and Xmonad as my daily driver (posts one, two and three on this). This relatively minor switch actually kicked off a relatively productive year in terms of professional development - I ended up having to re-learn a lot about Linux that I had forgotten, and bit-by-bit ended up learning and creating more and more. Many times on macOS I'd find some library or utility wouldn't work without a lot of config, and I'd often just give up - once I got past the initial "setup my environment" step Debian ended up smoother than macOS.

I created and released a handful of Python packages on PyPI (em73xx, rbcz, xnm, xsms) - none of them have huge widespread appeal but they're fairly well written and let me work through the process of releasing on PyPI, producing documentation. I also wrote a fair amount about Python, and worked through Philip Guo's excellent CPython Internals course which I thoroughly enjoyed.

I wrote a total of 28 blog posts in 2016, which is slightly more than one every fortnight. They've only had a few thousand views in total but I've thoroughly enjoyed learning and creating something new, then writing it up. It's good to practice any sort of technical writing (even if it's an informal blog post) and it's pretty rewarding to look back on what you've done. Here's a handful of the ones I enjoyed writing most

I also put together a new homepage @ www.mclemon.org. My company use ASP.NET MVC for all new UIs, and since I'm not always involved in the front-end development I felt like I was falling behind. Instead of shying away from this and resolving to look into it "later" I tackled it head on and set about creating a simple home page with MVC and deploy it to Azure. What started off as a simple static "Contact" page grew into a neat little aggregator of my Posthaven blogs, which I can extend pretty easily to pull in other stuff (I've tried out GitHub and Twitter, but my commits push everything out of the way, and I rarely post anything useful on Twitter!). It should degrade reasonably well on mobile, but as you can see from the screenshot there's a couple of whitespace issues I clearly need to tackle! 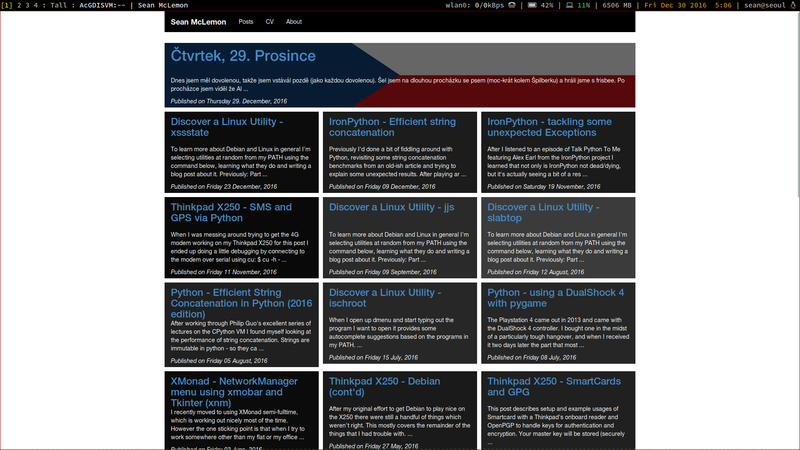 
I don't like resolutions, but I do think it's good to think ahead about some things I'd like to work on - even if I ultimately get sidetracked on something else.

I've already written a couple of articles about IronPython, but I'd like to keep diving deeper. I have a really nice series of posts in the works which could end up being useful to the community at large so I'm pretty stoked about getting them completed. I'd ultimately like to start contributing to the project, hopefully by the time I've finished these I'll be knowledgeable enough to be of use to Alex Earl et al.

My Czech has stagnated - I've got some friends I write in Czech to but I'd like to read and write far more regularly. I've found that if I sit down I can break down most sentences with a bit of patience but my vocabulary and sentence construction is still pretty poor.

There are so many books I'd like to read - but in terms of professional development I'd like to revisit some fundamentals - so working my way through the classic SICP is top of the list, but I'd also like to work through Grokking Algorithms In Python as it looked like a nice read. 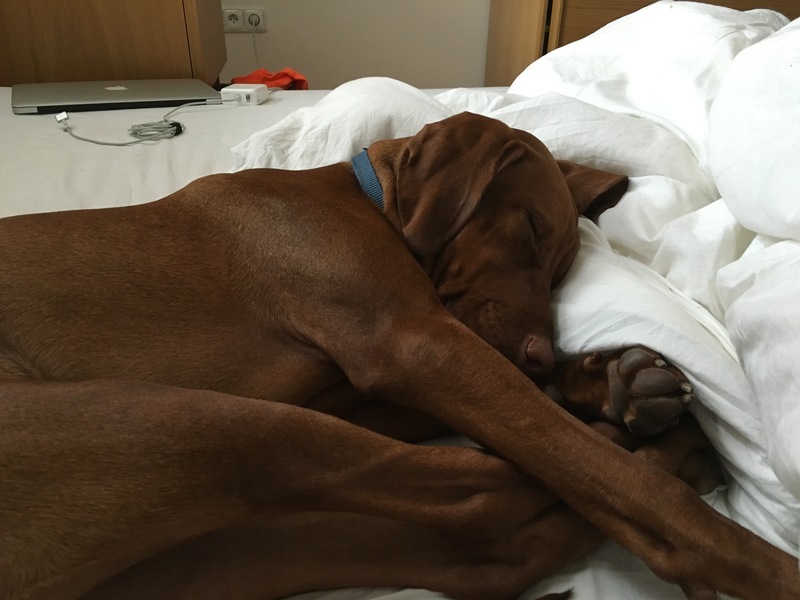 My little dog is adorable, but he's way too boisterous - I'd like him to:

Of course #4 is the most important one :)

I mostly cracked the Brno astronomical clock (aka the cock clock) at summer, and started writing a blog post about it - but I needed to create a couple more timelapses and visualisations to complete the picture and never found time to do it. This clock is kinda famous for being unintelligible so it'd be nice to share the knowledge with the world!

In general I'd like to focus more on a couple of disciplines or topics and become more of an expert in them. Looking back at my posts I've covered a fairly broad spectrum of things, but I never really went into much detail on any of them. I'm spreading myself a little thinly and it doesn't help that I've got the attention span of a goldfish!